The Boston Globe’s Music Critic, Sarah Rodman, interviewed Rob for her “Top Five” column on Thanksgiving.  And for that, we give thanks 😉 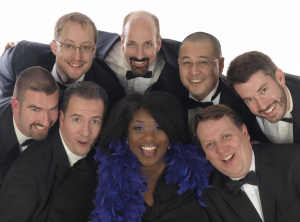 In the three years that Rob Caplin has been rocking wedding receptions with Boston Party Machine, he has yet to play “The Electric Slide” or “Macarena.” In fact, those tunes are among the top five that couples have stricken from their lists, the bassist says, adding with a chuckle, “It’s great because when people request them I can say, ‘The bride said we couldn’t do them.’ So it takes us off the hook.”

The eight-piece band will be one of several taking part in a free wedding showcase Tuesday at Johnny D’s where couples can check out bands, DJs, and photographer/videographers. His top tip to couples shopping for a live soundtrack for their big day is to ask for recommendations from others, “because even in a showcase you’re only getting a 25-minute snapshot. So if you’re really interested, contact the band and ask them for some previous brides that might be willing to talk to them.” Caplin shared with us five songs he’d never heard before the bride and groom asked the band to play them.

2.“Endless Love,” Lionel Richie and Diana Ross. “I was too busy practicing, that’s all I can say,” he says with a laugh of the classic ’80s duet.

3.“Higher,” Queensryche. “The groom was a real metalhead. It’s a rocker.”

5.“Romantic,” Soulive. “That’s another seductive slow song. We’ve actually played that at other weddings since because it’s such a good song.”